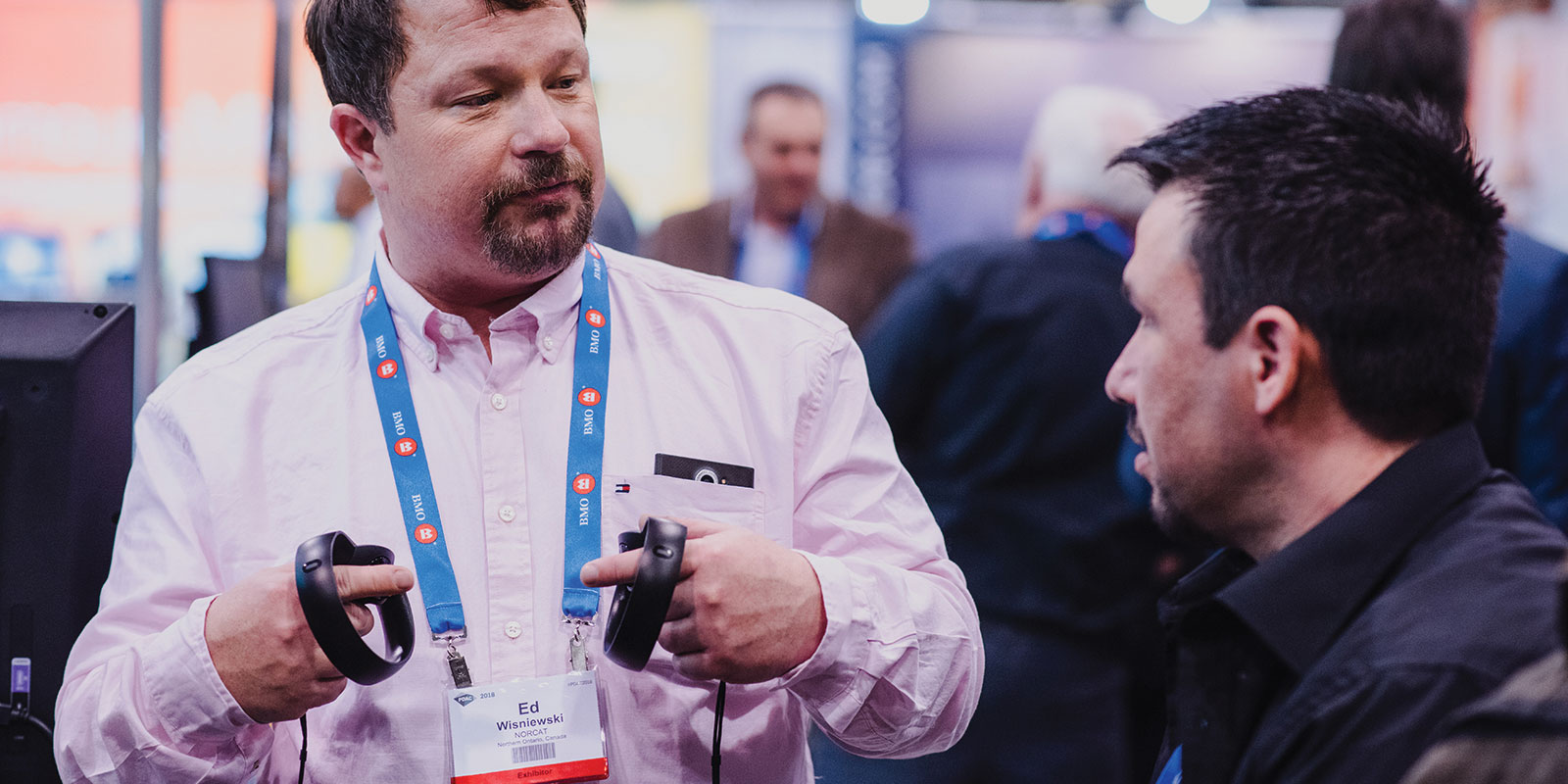 The City of Temiskaming Shores was recently honoured with a prestigious award from the Economic Developers Association of Canada (EDAC), one of North America’s leading economic development organizations. EDAC singled out the community with a Marketing Canada Award for the 2015 Northern Ontario Mining Showcase.

“We are delighted that the Northern Ontario Mining Showcase has been chosen by EDAC as one of Canada’s finest examples of impactful Promotional Events,” said Carman Kidd, Mayor of the City of Temiskaming Shores. “This acknowledgment highlights the strong partnership that exists between the City, the partner communities that are directly involved in organizing the event and FedNor, our funding partner.”

The Economic Development Association of Canada is Canada’s national association of economic development professionals, representing all provinces and territories across Canada. The EDAC Marketing Canada Awards is a national competition that strives to recognize and highlight up-and-coming best practices, particularly focused on marketing initiatives which have a direct impact on the economy. The awards program attracts submissions from across Canada and an outside adjudication committee reviews the submissions and selects the winners.

“The City of Temiskaming Shores has done an impressive job leading on this important initiative and I’m pleased their efforts are being recognized with this award,” said the Honourable Navdeep Singh Bains, Minister of Innovation, Science and Economic Development. “Economic development is a key priority for the Government of Canada and the Northern Ontario Mining Showcase is a leader in delivering positive economic results for the people, businesses and communities of Northern Ontario.”

“I join Minister Bains in congratulating the City of Temiskaming Shores for this impressive honour,” – Anthony Rota, Member of Parliament for Nipissing–Timiskaming.

“As someone who has represented and lived in the region for much of my life, I have long understood the important value Northern Ontario’s mining sector has brought to the Canadian economy, and specifically to Northern Ontario. I am proud that now the EDAC has also recognized the City for its work to promote this vital sector.”

“The Northern Ontario Mining Showcase is a true example of how working together as a region to grow the economy can result in real success,” said Kidd. “The event has evolved over the years from a small one day community-based event to becoming the largest pavilion at PDAC, none of which could have happened without the ongoing support of FedNor, and we’re thrilled that EDAC’s adjudication committee appreciated these efforts by selecting us for this award.”